All Rights Reserved. No part of the contents of this web site maybe reproduced or utilized in any form by any means without written consent of the art​ist. www.harrystoiberart.com © 2017

Giclee are printed on ph natural chromate fine art canvas. Rated stable for 100 years plus. Paintings can be order scaled larger or small size, email me for pricing. Paintings are shipped without stretcher or frame in a rolled tube. Shipping is extra according to location.

Giclee are the new standard in the fine art industry, and are widely embraced for their astonishing quality by major museums, galleries, publishers and artists.  A Giclee Print is quite simply the closest replication of an original artwork that is currently possible. ​

Black-footed ferrets once lived on black-tailed prairie dog colonies across the Great Plains, from southern Canada to northern Mexico and on white-tailed and Gunnison’s prairie dog colonies across the Intermountain West. By 1986 they were completely gone from the wild. As of 2013 black-footed ferrets have been reintroduced to 20 locations within their former range in eight U.S. states, Canada and Mexico. Hey these guys are cute! 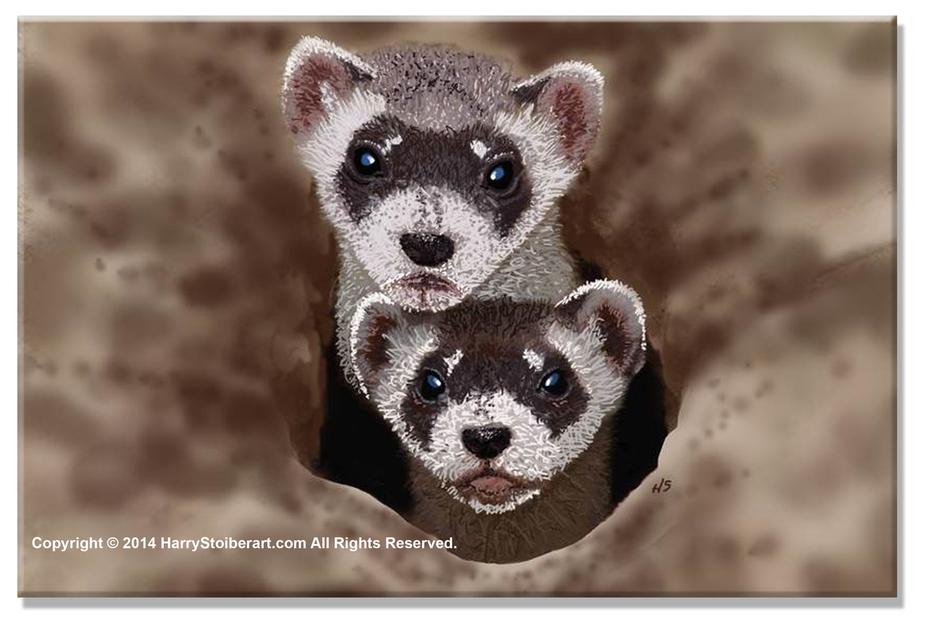